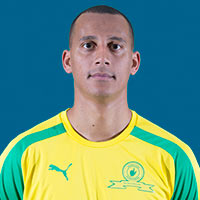 Wayne Arendse started a mere five games for Sundowns in the two seasons heading into the 2015-16 campaign and the former Santos man was heavily linked with a move away from the club as he continued to slip down the pecking order. But, the centre-back's fortunes changed and he successfully filled the void left by Alje Schut; enjoying an outstanding campaign - scoring crucial goals - as the Brazilians won the Absa Premiership title in record-breaking style that season. He continued where he left off to enjoy another fruitful campaign last time around - forming a solid partnership with Thabo Nthethe as the Brazilians were crowned African champions for the very first time.