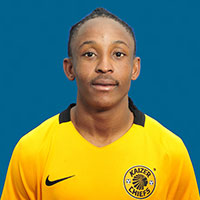 This could be Hendrick Ekstein's breakthrough season since his promotion into the Kaizer Chiefs first team in 2014. The creative midfielder competes with the likes of George Maluleka and George Lebese for a starting role in the Amakhosi line-up.