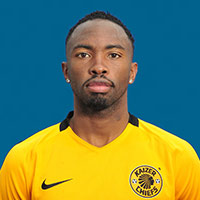 One of the most prolific forwards in the Absa Premiership, Bernard Parker is in his sixth season with Kaizer Chiefs. The former Thanda Royal Zulu and FC Twente forward remains a key member of Steve Komphela's side.