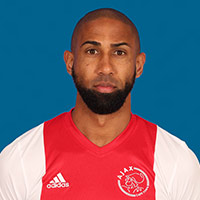 The real veteran in Ajax Cape Town’s ranks, beanpole striker Nathan Paulse is a terrific spearhead in attack though he arguably doesn’t score enough goals. The 34-year-old is into his third spell with the Urban Warriors and has also represented Swedish side Hammarby, Bloemfontein Celtic, Platinum Stars and SuperSport United. Last season he notably scored the winning goal in the MTN8 final against Kaizer Chiefs.