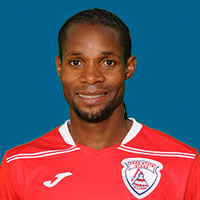 A PSL veteran who has represented SuperSport United, Bloemfontein Celtic and University of Pretoria, Davies Nkausu joined Free State Stars last season and put in some solid showings for the club. The Zambian can play anywhere across the defence and his versatility and experience will be highly valued by Stars for the 2016/17 campaign.