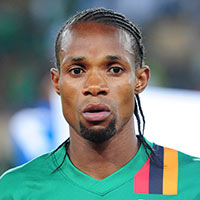 Right-back who featured in the German U-21 side that won the European Championship in 2009. Andreas Beck plays his club football for 1899 Hoffenheim, having started out his career at VfB Stuttgart where he was part of a Bundesliga-winning side in 2006/07.

He made his Germany debut against Norway in early 2009 and will compete with Serdar Tasci for the right-back berth.