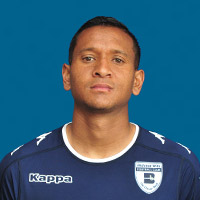 This will be Klate’s third Absa Premiership campaign at Bidvest Wits, but he is a veteran of the competition having previously won it five times in a row! The former Buccaneer and SuperSport United star winger was signed by Gavin Hunt with whom he won three successive League titles and the experienced wide man will be expected to continue adding value to the club this season. Klate is a former School of Excellence youth product and now has six league titles to his name – three at SuperSport, two with Pirates and one at Bidvest Wits - firmly establishing himself as the most decorated player in South Africa. The evergreen winger enjoyed a stellar 2016-17 season with the Clever Boys and was particularly impressive as the club won the 2016 MTN8 title.