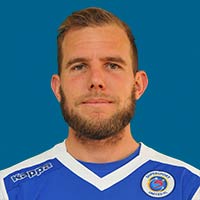 It would have been interesting to see how many goals Jeremy Brockie would’ve scored for the capital club if he had joined at the start of the 2014/2015 Premier Soccer League season. The New Zealand international banged in 10 goals in all competitions for SuperSport, ending the league season a mere six goals behind Absa Premiership top scorer Moeketsi Sekola despite only making his way to South Africa in January 2015. The New Zealand international is now eyeing the golden boot having made a smooth transition from Wellington Phoenix. The 27-year-old’s spectacular goal against Orlando Pirates will live long in the memory.