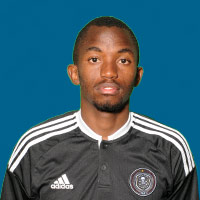 Patrick Phungwayo will look to see more playing time in the 2016/17, having played back up for first choice left-back Thabo Matlaba for most of his time at Orlando Pirates. A full Bafana Bafana international, Phungwayo has also played for Bidvest Wits and Greek side Panionios in his professional career.