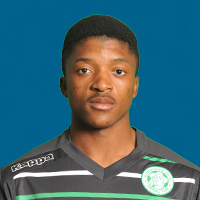 Signed from Kings United in 2014, having also been a part of Bloemfontein Celtic’s development ranks, Dumisani Zuma made a fine impression in what was his first full season in the PSL. The youngster was often deployed on the flanks, but also showed that he can play upfront, something he does with aplomb at junior level for South Africa. Zuma will aim to take his game on ever further in the 2015/16 season.