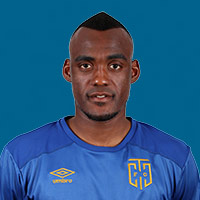 Given Mashikinya had his first season in the PSL in 2015/16, making a handful of appearances for Black Aces after joining the club from Mbombela United. The 25-year-old will look to impress now that he is a part of the new Cape Town City club. The midfielder has also represented Berea Albion, Blackburn Rovers and Highlands Park in his career.