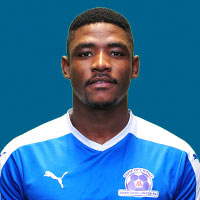 Mohau Mokate was rewarded with a South Africa call-up ahead of the 2017 COSAFA Cup following a good season with Maritzburg United. The striker, who hails from Rustenburg, will be eager to ensure that the Team of Choice secure a top five finish in the Absa Premiership.