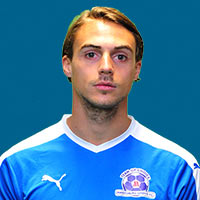 Andrea Fileccia spent most of the 2016/17 season on the sidelines due to a long-term injury. The Belgian striker will be hoping to make his mark at the Team Choice during his second season with the Pietermaritzburg side.