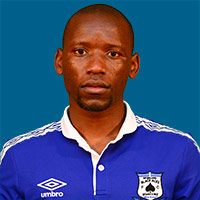 Thanduyise Khuboni is entering his second season with Black Aces, having been signed from Golden Arrows when they were relegated in 2014. The defensive midfielder is an experienced operator who also boasts a number of Bafana Bafana caps on his CV. He will hope to be AmaZayoni’s main man in midfield in the 2015/16 season.