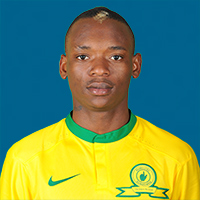 Billiat will be hoping that the 2015/2016 season is the season he really hits his stride with many Sundowns fans counting on him to lead the Brazilians’ assault on more silverware. The former Ajax Cape Town winger has established himself as a fan favourite with his tricks and flicks getting the fans off their feet. The Zimbabwe international has been working hard on his finishing as he looks to add the one thing that has been lacking from his game.