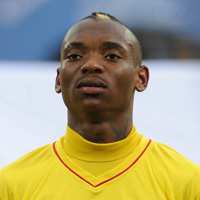 A versatile attacking player who has an ability to score from all kinds of angles and distances, Khama Billiat is one of Zimbabwe’s key figures. The 28-year-old made his debut for the Warriors back in 2011 and was part of their squad at the 2017 AFCON.