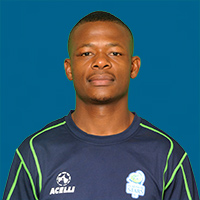 Mabena made his professional debut with Orlando Pirates during the 2009/10 season and went on to feature regularly for the Buccaneers, mainly as an impact player.
However, after failing to get meaningful game time during the 2013/14 season, he completed his move to Platinum Stars.
Capable of playing as a midfielder and as a striker he will be hoping to find some regular game time this season