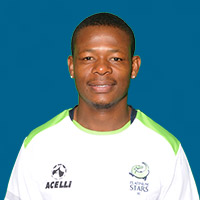 Mabena is the former Orlando Pirates forward who has used his move to Dikwena as a chance to revive his career. He has netted vital goals for the team and has been the dangerman upfront for the side as he troubled many defenders thus also getting a number of call-ups to the national team. He is yet to win a trophy with Dikwena and this season is his opportunity.