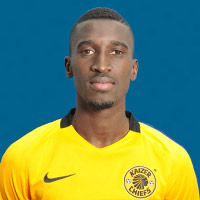 The 2015/16 campaign is one season which Kaizer Chiefs defender Siyanda Xulu would like to quickly forget. The former Mamelodi Sundowns and FC Rostov centre back is hoping to regain his place in the Amakhosi starting line-up and prove that he's still a quality defender.