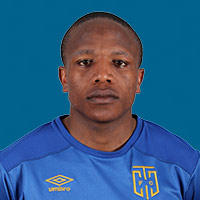 Lebogang Manyama enjoyed a superb campaign for Cape Town City in 2016/17 season, contributing plenty of goals and assists. Clearly, being back in Cape Town (Manyama made his name as a youngster with Ajax) suits the Tembisa-born man down to the ground. Manyama, who will turn 27 early in the new season, has also represented SuperSport United and Black Aces in his top flight career, as well as the South African national team.