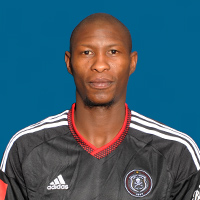 The versatile Ayanda Gcaba has not managed to establish himself as a regular for Orlando Pirates in recent times, but remains a valuable squad member for the Buccaneers. Formerly of Free State Stars, Gcaba can play centre-back or left-back and has represented Bafana Bafana in his professional career.