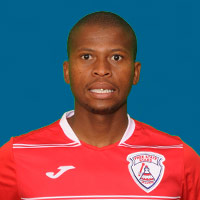 Danny Venter was a regular for Free State Stars last season, appearing in most of their matches across all competitions in the PSL. The 29-year-old attacker will look to continue his role as an important player for Ea Lla Koto and pass on his experience to the younger players in the squad. Venter has also played for Bloemfontein Celtic in his PSL career.