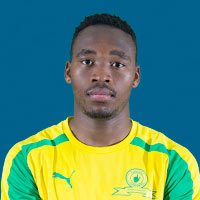 Arguably the biggest transfer of the window; the Bafana Bafana international finally joined Mamelodi Sundowns ahead of the 2016-17 Premier Soccer League season with the club having negotiated with Bidvest Wits for over a year; according to Pitso Mosimane. Considered the final piece of the puzzle, Vilakazi is classy playmaker who is as just as effective as a striker.Spent seven years with the Clever Boys, but despite going close to league glory with the Braamfontein based club - he will be hoping to win his first Absa Premeirship title in his first season at Chloorkop