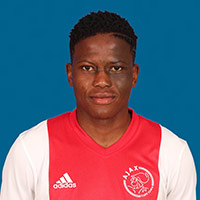 Ndiviwe Mdabuka was a regular in Ajax Cape Town’s midfield through the 2016/17 season and proved to be one of the club’s more reliable performers. The 26-year-old, who hails from Elliotdale in the Eastern Cape, also chipped in with two league goals. Mdabuka made his name at Ajax’s junior team and also represented Vasco da Gama before making his PSL debut in the 2015/16 season.