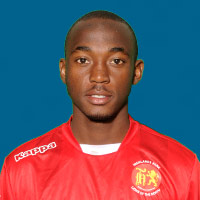 Arguably Highlands Park's best player in their successful promotion bid, the Namibia international was a constant goal threat and also came to party in the playoffs to seal Highland Park's promotion. Shalulile can be utilized in several attacking positions with his versatility a huge bonus for Allan Freese. Expect interest from SuperSport United and Mamelodi Sundowns to grow if he enjoy's another stellar season.