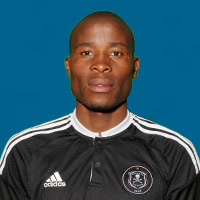 Thabo Matlaba remains the ultimate ‘adventurous’ full-back in South African football, often finding himself in positions more familiar to a winger or forward, while his shooting power off either foot is a potent attacking weapon. The 30-year-old, who has been a regular in the South African national team team in recent years, will be looking to help the Buccaneers enjoy a more successful 2017/18 campaign. Matlaba has also represented M Tiger and Free State Stars in his club career.