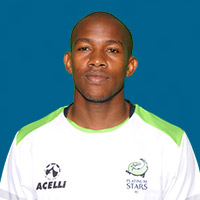 The right winger has had an average season but will now have to redeem himself and help the team to challenge for silverware. The former Kaizer Chiefs junior still has a bright future ahead of him but will now fight for his place in the team.