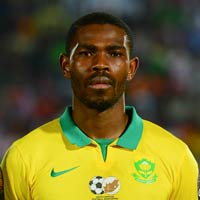 The South Africa captain made his international debut in July 2013 against Namibia and he has since scored four goals for Bafana Bafana having represented the South African side at the 2015 AFCON finals.