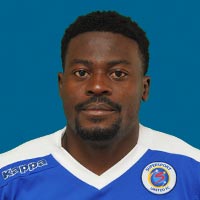 Kingston Nkhatha rejected a contract extension at Kaizer Chiefs to take up a better deal at SuperSport United in January 2015. The Zimbabwean international made a great start to his Matsatsanta career, scoring on his debut for the club. The soon to be 30-year old has struck up a fruitful relationship with Jeremy Brockie, something Gordon Igesund will be hoping the duo can take into the new season. The hardworking attacker was under appreciated by the Amakhosi faithful, but always received the backing of Stuart Baxter – he might not score that many, but his work off the ball is highly valued by his teammates.