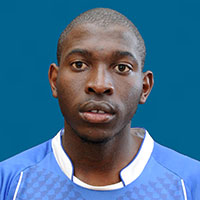 A graduate of Black Aces’ academy, left-back Aubrey Modiba is seen as a rising star for both the club and his country, having represented South Africa at youth level. He made his PSL debut in February 2015 soon after being promoted from the youth ranks and was highly impressive. He will hope to go from strength to strength in 2015/16, his first full season as a professional with the first team.