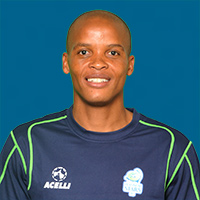 Mathe joined Platinum Stars from Bloemfontein Celtic at the start of the 2010/11season and made his professional debut with the club.
Over the past four seasons, he has grown to be one of the stalwarts for the club and can be used as a starter or off the bench.
The hard-tackling midfielder will be expected to stabilize the midfield again this season.