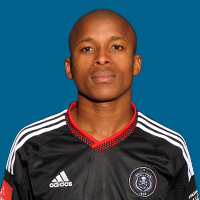 Signed from National First Division side Cape Town All Stars, Luvoyo Memela will look to impress in his first season with Orlando Pirates. The midfielder caught the eye with a good performance in the King’s Cup in Swaziland in July 2015. He faces stiff competition for a starting berth, however.