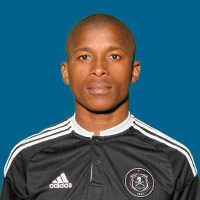 Luvoyo Memela, also known as Amigo, appeared in about half of Orlando Pirates’ matches through the 2016/17 season. The Paarl-born player struggled to find consistency in his form and will be looking for a more constructive campaign in 2017/18. Memela, who will turn 30 early in the new season, has also been on the books of Ajax Cape Town, Hanover Park, Chippa United and Cape Town All Stars in his club career.