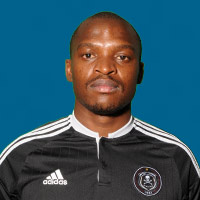 Another Orlando Pirates who was a part of Team South Africa at the 2016 Olympics in Rio de Janeiro, Gift Motupa is a promising attacking midfielder or forward who enjoyed some fine showings for the Buccaneers last season. However, many of his appearances were as a substitute and in 2016/17 he will hope to see more time as a starting XI player.