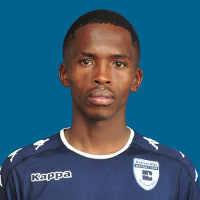 The former Jomo Cosmos captain joined the Clever Boys ahead of the 2016-17 Premier Soccer League season following four seasons with Ezenkosi - suffering relegation with the club at the end of the 2015-16 season. A defensive midfielder by trade, Monare proved an immediate hit in Braamfontein as the club won the MTN8 and Absa Premiership titles.