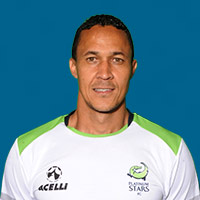 The ex-Namibian international makes his return to the club after leaving for Bidvest Wits two seasons ago. He was part of the team when they bagged the MTN8 Cup and the Telkom Knockout Cup in 2013. His aerial strength and ability to read the game will come handy for the side.