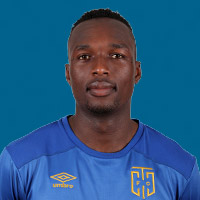 Versatile attacker Sibusiso Masina was a regular for Cape Town City through the 2016/17 season, but most of his appearances were as a substitute. The 27-year-old will hope to establish himself as more of a starting XI player in the new campaign. Masina, who hails from Daveyton, has also represented Vardos, Roses United, FC Cape Town and Black Aces in his club career.