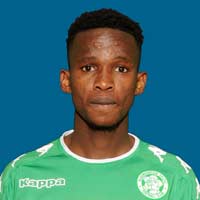 Kabelo Mahlasela had his breakthrough season during the 2016/17 campaign in the Absa Premiership. The Sebokeng-born attacking midfielder made his debut for Phunya Sele Sele during the 2015/16 campaign.