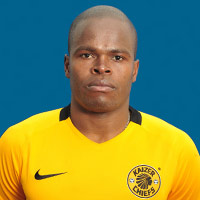 This is Willard Katsande's eighth season with Kaizer Chiefs and he's the deputy captain. The former Ajax Cape Town midfielder, who hails from Zimbabwe, is key to Amakhosi's ambitions of winning their fifth Premier Soccer League (PSL) title.