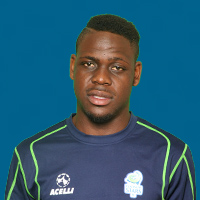 Zulu has signed for Platinum Stars at the start of the 2015/16 PSL season.
Zulu will come in at left-back after having put in an encouraging shift at Chippa last season, starting 17 games.
The youngster has been brought in following the departure of Luvolwethu Mpeta to SuperSport United in January, while Punch Masenamela’s contract was not extended after the expiration of his loan deal at the club.