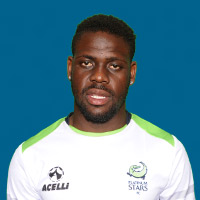 The Bafana Bafana left back is also a good player for the club in that position. His contribution last season caught the attention of Shakes Mashaba and he will expected to continue shining for the club and become a regular in the national side.