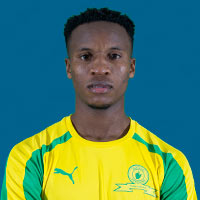 Zwane returned to Mamelodi Sundowns ahead of the 2014-15 Premier Soccer League season following an brilliant season out on-loan at Mpumalanga Black Aces which subsequently conjured a call-up to the South African national team. The highly rated midfielder has been a solid performer for 'Downs over the past two season and will be hoping to continue his good run of form in the 2016-17 campaign.