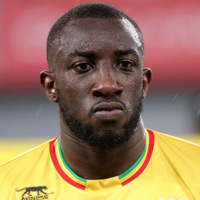 The Malian skipper took the long road to stardom. Having battle through the ranks in France, Marega made a quick pit stop in Tunisia before finally finding his niche in Portugal where he has starred for Porto this season. He is certainly one of the players to watch in Egypt!