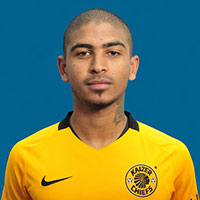 Being Kaizer Chiefs' jersey number 10 comes with a lot of pressure from its millions of supporters and Keagan Buchanan has a point to prove. The central midfielder, who arrived from Bloemfontein Celtic, is hoping a good first season with Amakhosi.