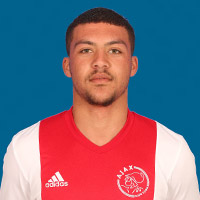 Grant Margeman was one of seven players promoted from Ajax Cape Town’s development ranks to the first team ahead of the 2016/17 Premier Soccer League season. The young midfielder faces some stiff competition for places and a probable learning curve as he adjusts to fully fledged professional football, but Ajax provides the perfect environment for him to make his mark and catch the eye in the new campaign.