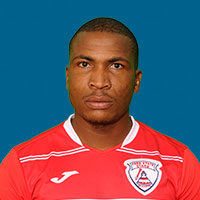 Paulus Masehe had a injury-hit 2016/17 campaign was was not able to feature in as many of Free State Stars’ matches as he usually would. Nonetheless, the reliable, hard-tackling midfielder (who sometimes fills in at centre-back) was a key man for Ea Lla Koto and helped them avoid relegation at the end of the 2016/17 season. The former Orlando Pirates and Mamelodi Sundowns man will be hoping for better fortunes in the 2017/18 campaign.