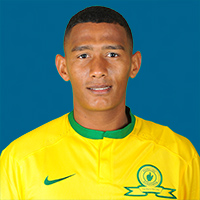 Mozambican forward Helder Pelembe signed with Orlando Pirates in the January transfer window in 2014 and will boost the Buccaneers attacking options.
The 26-year-old is a full Mozambique international and has played for the likes of Nampula, Maxaquene and Portimonense in his club career.