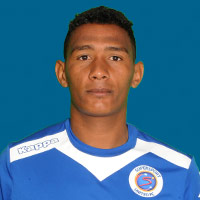 The lanky defender returned to SuperSport United on-loan from Tshwane rivals Mamelodi Sundowns ahead of the 2016-17 Premier Soccer League season having spent the second-half of the previous campaign with Matsatsantsa. Booysen formed a solid partnership with fellow former Ajax Cape Town centre back Clayton Daniels and will be hoping for another good season. While he is not the fastest across the ground, standing at 1.91m he is a force in the air, also reads the game very well.