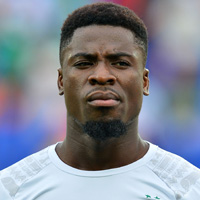 The accomplished right-back made his international debut for Ivory Coast against Gambia in June 2013 and he represented the nation at the 2014 FIFA World Cup and two AFCON tournaments, winning the 2015 edition.