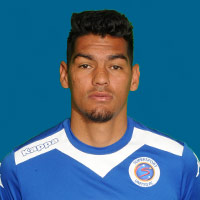 Ndlovu who had a respectable goal to game ratio while at Israeli outfit Maccabi Haifa will add massive value to Matsatsantsa’s front line.

Ndlovu could prove to be a vital signing for United as strikers Mame Niang and Bradley Grobler has struggled to find the back of the net on regular occasion.